Your home for the duration of our trips will be Old town studio apartments. The house was built in 15th century as a part of auxiliary buildings surrounding Nova Crkva, a catholic church in Šibenik, last known work of Nikola Firentinac, one of the main builders of St James’ Cathedral.

This traditionally built three storey house was completely renovated in 2013. Each of the studio apartments has 30 m2, can accommodate 1-3 persons and features tile floors, original stone walls, fully equipped kitchenette and a view to quiet streets.

Situated in the center of old town, you are just a short walk from the Cathedral and St Michael’s fortress.

Šibenik is an old, medieval town, the first one which was founded originally by Croats on the Adriatic sea. The town was first mentioned by the king Petar Krešimir IV on the Christmas day in 1066. 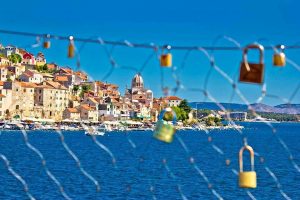 Oldest parts of the town, Gorica and Dolac, are situated on the slopes of St Michael’s fortress. Main part of the medieval public life was held on the beautiful town square between St James’ Cathedral (which became UNESCO World Heritage building in 2006) and the City Hall.

Architecturally, Šibenik is one of the best planned towns on the Mediteranean, but also one of the five towns in the world with two UNESCO World Heritage buildings: the above mentioned St James’ Cathedral and St Nicola’s fortress on the entrance of St Antonio’s channel, which protected the town from the sea enemies.

It is also famous for its two national parks, Kornati islands and Krka waterfalls. 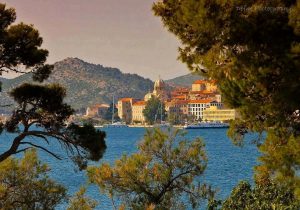 Šibenik has got an archipelago of 249 islands connected by ship lines. The nearest island is Zlarin where you can see coral manufacture and buy some coral jewelry. On the island of Prvić next to Zlarin you must visit Museum of Faust Vrančić where his most known works – the Machine nove and the first parachute are exposed. All our islands can be explored underwater too through many diving centers.

City museum of Šibenik is on the shore by the city door and newly opened Civitas Sacra museum is on Medulić square. The old fortification system consisting of castles St Michael’s, St John’s, Barone and St Nicola’s gives you a wonderful background for events like International Children’s Festival, Dalmatian Chanson Evenings, Off jazz&blues festival and many others.

Although the Croatian cuisine is by now well known in the rest of Europe, you can only experience the full range of its culinary highlights by coming to the country itself. Combining two major influences – Mediterranean and Central European, with an added spice of other historical influences, every single region of the country has different delicacies to offer! 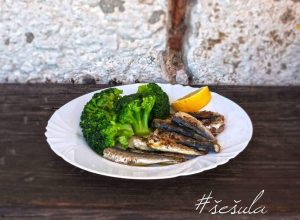 Šibenik region is very proud of its many awarded restaurants and wineries. Some of them are: Michelin star restaurant Pelegrini, Bibich Winery, BibGourmand Konoba Vinko, Michelin reccomendation Tavern Boba in Murter… As a rising gastro – enology destination, it offers also new, dynamic and inovative wineries and restaurants which you will have an opportunity to explore while on our trip. 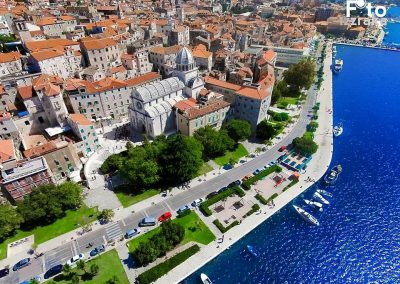